Tis the season…. for PUMPKINS! Holy Guacamole. Excuse me but these are the best cinnamon rolls I have ever had and made. Because it’s pumpkin season AND because I have never made a pumpkin recipe, I had to make these. Everything from the soft dough, to the caramelized filling, to the candied pecans to the cream cheese topping is beyond perfect! I specially love the addition of the candied pecans in this. It adds a delicious crunch to the whole affair. I took two-day old rolls to work for some coworkers to try and in the words of one “mother eff.” Hey he said that, not me. So get on with it! Making them in a skillet is even better because the caramelized filling runs at the bottom of the pan and sticks like glue. So basically once you’re done eating the rolls, you’ll be scraping the gooey filling off the skillet. I licked it clean. Yep. Tis the season! These pumpkin cinnamon rolls are to die! They are so soft and keep so well even after a day or two.
Prep Time2 hrs
Cook Time25 mins
Total Time2 hrs 25 mins
Course: Dessert
Cuisine: American
Keyword: Cinammon Roll
Servings: 12 rolls
Author: Rookie With A Cookie 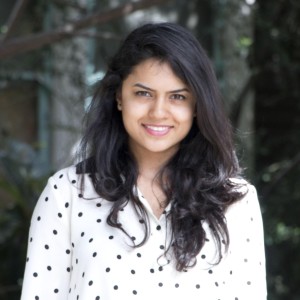 I baked the pumpkin cinnamon rolls yesterday. They ARE as delicious as you say and moist, too. I did find I only needed to bake them in cast iron pan for 15 min so bakers might want to keep an eye on theirs. Forty-five minutes may be a bit too long? Since I am pre-diabetic, I did use only 1/3 of the brown sugar filling on the rolled dough and only 1/3 the cream cheese frosting mix for the topping. Still plenty sweet enough! Since it is NOT currently Thanksgiving, to cut down on too much of a Fall flavor, I also cut back on the spices. I had walnuts on hand so substituted those for pecans- tasty also!

I think next time I will substitute applesauce(or microwaved softened apple)for the pumpkin and spread jam as the filling instead of the spiced brown sugar.

Best ever cinnamon rolls! So glad I caught the website in the yeast ad that led me to your site, you-tube video, and recipe. Thanks for making my day! GramE

Welcome To My Food Blog!

I’m Izza, the Rookie behind and in front of the camera. Here, you will find all the delicious recipes I’m whipping up in my cozy apartment in downtown Seattle while juggling my 9-5 in tech.

Top Pick Of The Week